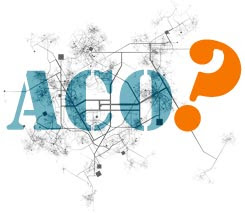 Below is a recent article featuring Beacon IPA in Renal Business Today...

Like many physicians, Long Island, N.Y.-nephrologist Simon Prince sees a volatile situation in which more and more physician practices are becoming hospital owned amid a turbulent healthcare landscape.

“There are a lot of reasons in which docs are doing that— decreasing reimbursement, fear of the unknown of what’s coming in healthcare reform and just people throwing the towel and not wanting to deal with it, rising administrative burdens, oversight, tech requirements, etc.,” Prince said.

However, he believes there is still a critical mass of independent, private-practice doctors who like being autonomous. “We still need to come together, because it’s just too hard to remain in your silo,” Prince added. “Those days are over, but private practice still isn’t dead. The sky isn’t falling. There is still some opportunity if we can come together.”

This past summer, Prince spearheaded the development of Beacon IPA, which includes a network of more than 200 local physicians who can share costs, risks and accountability for quality of clinical care. It’s a model that may sound familiar to the healthcare hot topic of the day: accountable care organizations (ACOs).

Prince is well aware of the possibility of ACOs, and has already started laying the groundwork of moving Beacon IPA into an ACO when and if that day comes. In the meantime, the organization is striving to help physicians maintain some semblance of autonomy in a merger-happy world.

“We are striving to evolve into an accountable care organization (ACO) and make a difference in healthcare,” added Prince. “ACOs have rapidly gained importance under the healthcare reform legislation introduced by President Obama. Although many questions remain about the viability of ACOs, we at Beacon embrace its philosophy. Beacon IPA is owned and operated by physicians, and we will make every doctor in our network accountable for their performance. The success of our venture will be of great benefit to all parties involved, including our patients, physicians and insurers.”

When healthcare reform passed in early 2010, ACOs were tucked deep within the law's pages and weren't on the forefront of the national consciousness. That should change this year as Medicare works to set the rules and regulations that will govern ACOs, which are set to start no later than Jan. 1, 2012.

Under the law, qualifying provider groups are to work together to manage and coordinate care for Medicare fee-for service beneficiaries. In addition, the law stipulates that ACOs that meet quality performance standards are eligible to receive payments for shared savings.

According to the law, the following groups are eligible to participate in ACOs: physicians and practitioners in group practice arrangements, networks of individual practices, partnerships or joint venture arrangements between hospitals and ACO professionals, hospitals employing physicians and practitioners, and any other group Medicare deems appropriate.

Also, an ACO must have an established, formal legal structure, and it will also be required to participate in the program for no less than three years. Another eligibility criterion is that ACOs must have at least 5,000 patients in order to participate. In addition, ACOs are mandated to have a leadership and management structure that includes clinical and administrative systems. ACOs must also have defined processes to promote evidenced-based medicine, report the necessary data to evaluate quality and cost measures (this could incorporate requirements of other programs, such as the Physician Quality Reporting Initiative (PQRI), electronic prescribing (eRx), and electronic health records (EHR), and coordinate care

It has been argued that the current fee-for-service payment system rewards volume and intensity rather than efficiency and effectiveness of care, often penalizing those systems that attempt to improve care. In contrast, the ACO system, in a perfect world, would reduce cost while increasing quality of care. There are, however, risks.

“What all docs are worried is that you share in the risk,” Prince said of ACOs. “That’s the biggest unknown. Who is going to share in the risk? If they’re going to put the risk back on to the ACO and onto the physician, it’s going to be more difficult and we could start self selecting which patients we want to include in our ACO.”

Click here for the rest of the article.
Posted by Unknown at 10:02 AM